In March and April the eggs are laid on milkweed plants. They hatch into baby caterpillars, also called the larvae. It takes about four days for the eggs to hatch. Then the baby caterpillar doesn’t do much more than eat the milkweed in order to grow. After about two weeks, the caterpillar will be fully-grown and find a place to attach itself so that it can start the process of metamorphosis. It will attach itself to a stem or a leaf using silk and transform into a chrysalis. Although, from the outside, the 10 days of the chrysalis phase seems to be a time when nothing is happening, it is really a time of rapid change. Within the chrysalis the old body parts of the caterpillar are undergoing a remarkable transformation, called metamorphosis, to become the beautiful parts that make up the butterfly that will emerge. The monarch butterfly will emerge from the pupa and fly away, feeding on flowers and just enjoying the short life it has left, which is only about two to six weeks. This first generation monarch butterfly will then die after laying eggs for generation number two.

It is amazing how the four generations of monarch butterflies works out so that the monarch population can continue to live on throughout the years, but not become overpopulated. Mother Nature sure has some cool ways of doing things, doesn’t she? 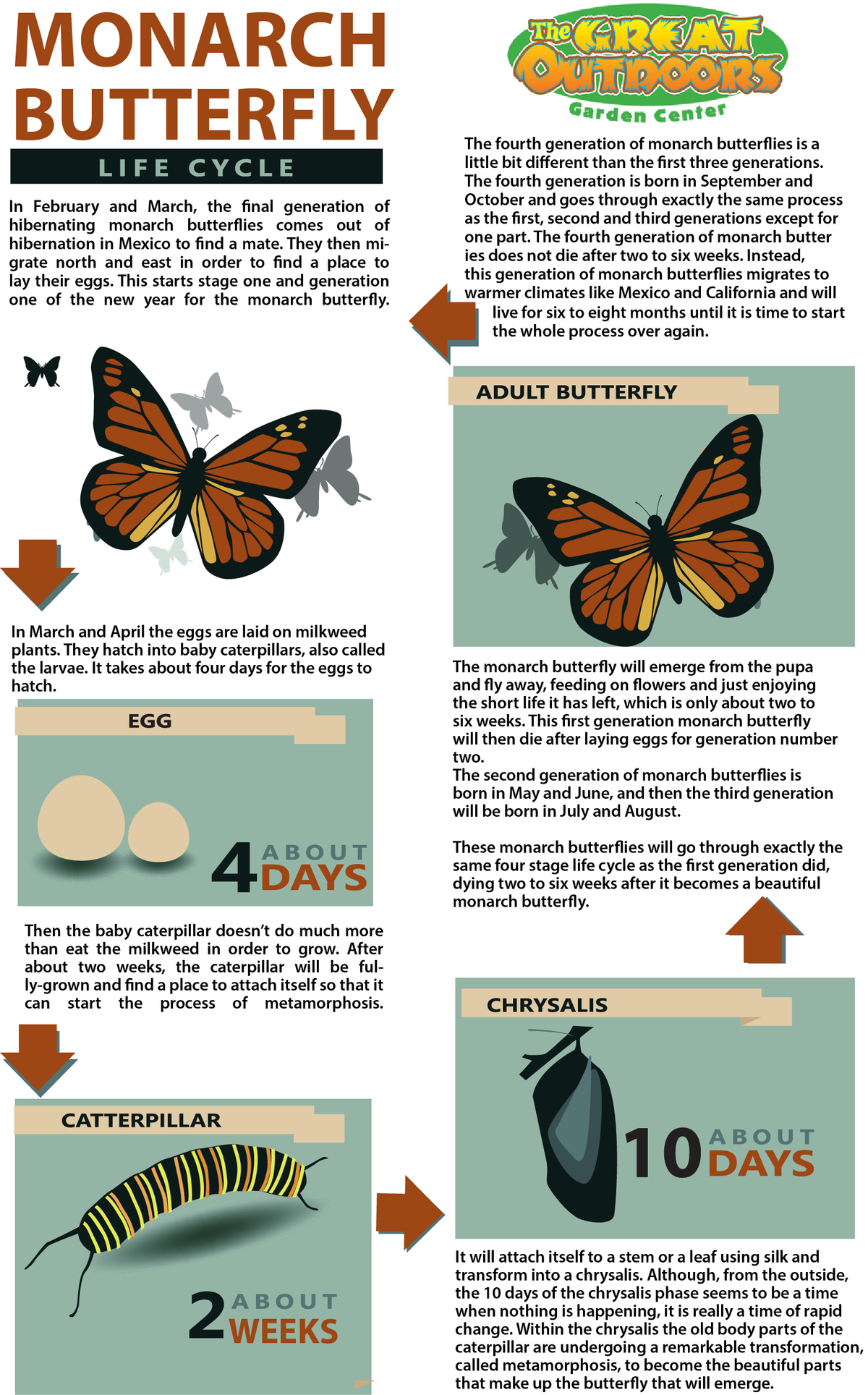