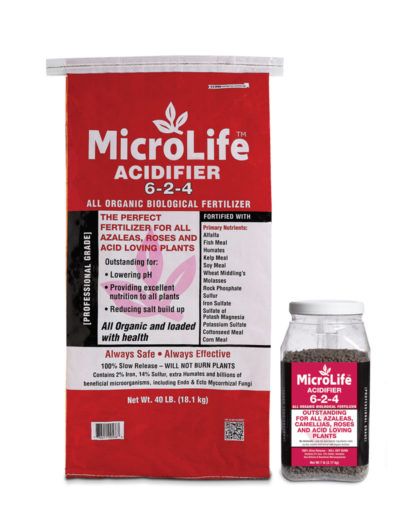 The days are getting shorter, nights are cooling off, and it looks to be a good year for fall color in the Austin forest. The daily torture of Mopac traffic is made slightly less obnoxious by the polychromatic vistas overlooking the Barton Creek Greenbelt and Ladybird Lake, as rich hues paint the landscape and call us into the forest. Golden cedar elms and ashes highlight the creeks and tributaries, copper tones of towering baldcypress trees punctuate the lakeshores, and red-orange sumacs populate the hillsides and medians. For most people, the vision of a red or golden tree rising out of a fog bank on their morning commute acts as a kind of emotional hourglass, marking yet another summer passed, and ushering in a complex pallet of nostalgia mixed with anticipation.

But the human experience of autumn is entirely lost on the trees that inspire it. Red oaks, elms, and sumacs are nothing but business this time of year; their actions in the face of impending winter are not driven by artistry or poetic drama, but by pure survival instinct. Trees and shrubs that turn color, defoliate and go dormant in the winter are known as deciduous plants. When a deciduous tree, like a cedar elm, “decides” to make the transition from summer green to fall gold, it is not so much turning gold as becoming “un-green”. The golden hue of an elm tree in fall is simply the color that remains after the tree removes all the green pigment from its leaves. This “ungreening” is stimulated by increasingly shorter days in early fall, and it is one of the most important seasonal processes a deciduous tree can undertake. As the number of sunlit hours decreases, deciduous trees register this change as a signal that cold weather is on the way. A perfectly green elm or ash leaf caught in a winter norther would freeze solid and die, a loss much greater to the tree than losing a golden or red leaf. A plant in fall color is a plant that has effectively looted its own coffers and is ready to cut its losses before winter blows in. But what exactly is the loot? What is so valuable to the tree that it sucks it from the leaves before settling in for a long winter slumber? This precious commodity is Nitrogen.

The story of nitrogen’s importance begins with photosynthesis. Photosynthesis, to oversimplify the definition, is the process by which plants turn a gas, CO2, into solid, edible sugars known as carbohydrates. Photosynthesis takes place in chlorophyll, which is the green pigment in plants. Chlorophyll is primarily made up of nitrogen. While forming chlorophyll is easily the most important role of nitrogen, it serves many other purposes in plant growth as well. The second thing to know about nitrogen is that it, like CO2, starts out as a gas, and is quite desperate to be a gas once again, a quality known as volatility. Nitrogen as a solid is useful to all life on the planet, from bacteria in your socks to blue whales to giant redwood trees. Nitrogen as a gas is almost entirely useless. Hence, it is in every organism’s best interest to trap the stuff and to tie it up into the various parts and processes of living, thus preventing it from returning to its airy origins in the sky. The third and final thing to know about nitrogen is that there are very few ways in which it gets transformed from a gas to a usable solid, in fact in nature there are only two known methods. The first and oldest process by which nitrogen is converted into a nutrient is by lightning striking through a rain cloud. That’s right, lightning zapping a cloud heavy with moisture impregnates those little raindrops with precious and volatile nitrogen, which is why you may have noticed the almost magical affect rainwater has on your garden versus showering it with city water. Rain has fertilizer in it! The second way nitrogen naturally becomes useable is by a complicated process only a few soil microbes are able to perform. Several species of bacteria that team up with legumes (see October’s article) “fix” nitrogen and feed it to themselves and the plants they partner with. Of course, there is a third way does exist, albeit synthetic: a method developed in 1918 by a German named Fritz Haber, who—and this is a testament to the value of Nitrogen—won the Nobel Prize and greatly reduced famine worldwide through his development of nitrogen fertilizer.

The scarcity and volatility of nitrogen can help us understand why plants, particularly those beautiful gold and red trees, are so careful to stash it away before the icy winter winds snatch it up. Fall is harvest time, and our trees are joining in the gathering. The more nitrogen a tree can store in the fall, the greater the spring flush of leaves and stems, and the greater the competitive edge over surrounding vegetation. Not only are trees salvaging precious nitrogen from their leaves this time of year, but they are also drawing it up through their roots in great quantities for the same reasons. For the gardener, fall color is a cue to add a modest amount of nitrogen rich fertilizer, liquid or granular, to the soil around trees and shrubs, to aid in insuring a lush, verdant spring.

While organic sources of nitrogen are preferred, like manure compost and alfalfa-based granular fertilizers, your trees will benefit from any fertilizer. So, next time you gaze upon a fiery red oak and feel that familiar fall nostalgia, let it be a reminder to give your trees and shrubs some nitrogenous love!